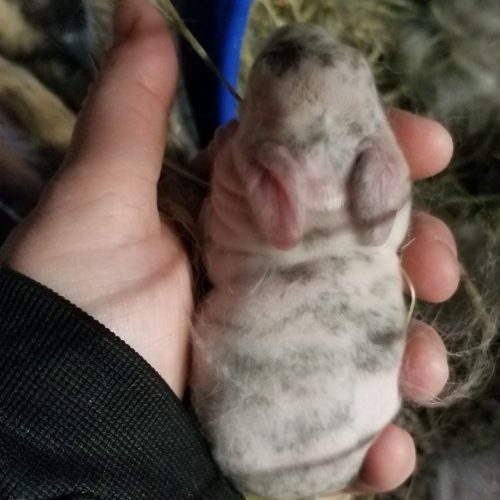 So this post is prompted by a great discussion I had last night on a Facebook group . The question posted was : " Genetics question: Bred two magpies. More than half the litter look like they will be solid white. No idea on genetics behind parents. Can't find much on breeding magpies. Does chinchilla gene have something to do with Vienna that they will be BEW? Will they just be white with the normal brown eyes? "

The parents  pictures were 2 black magpies.

The  Agouti gene, Chinchilla gene and the harlequin gene make a magpie.

Chinchilla rabbits can have Brown or Grey eyes but chinchilla does not make blue eyes.

Blue eyes are from the Vienna gene, and it can carry some ties to increased epilepsy, much like Charlies have a higher prevalence of megacolon.

So magpies are a harlequin rabbit stripped of the red/yellow coat pigment.

most likely, what he had were 2 magpies that were "chdc"